What are the due dates for most used forms?

Note: This is the due date for the tax return and for the Schedules K-1 that the entity must provide to its owners.

Please make sure you call us early enough to ensure prompt processing. 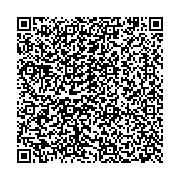